For the third year, Essence has been named as one of Advertising Age's Agencies to Watch in its highly esteemed annual A-List issue. 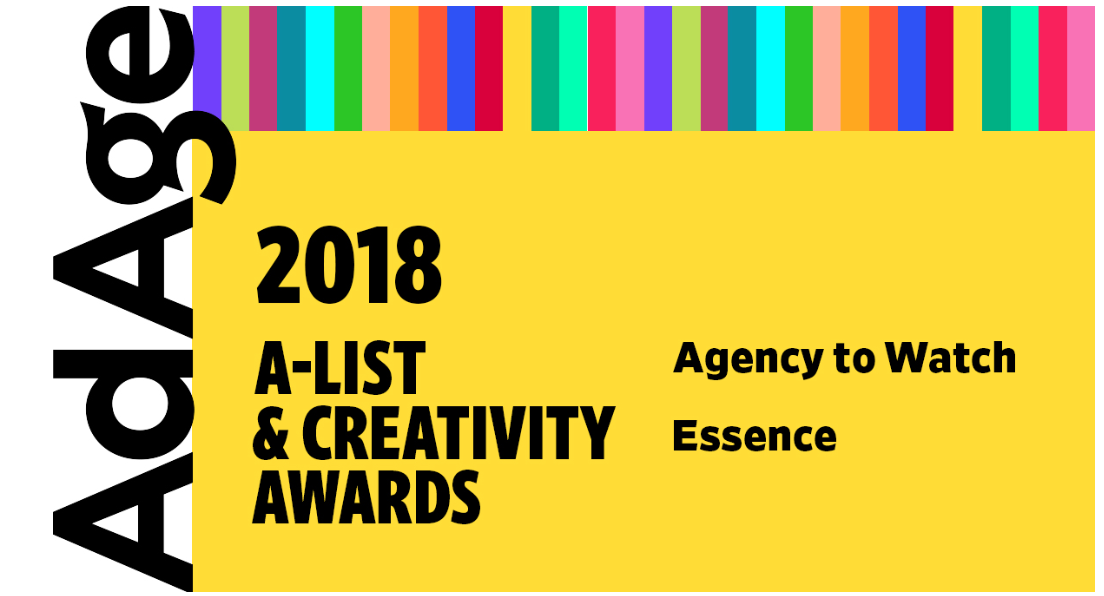 We're proud to feature on such a highly acclaimed list alongside such strong and prolific brands.

In naming Essence to the list, Ad Age cited significant investment in our company from GroupM in 2017, saying:

"GroupM threw some fuel on Essence in June when WPP's media network announced it would invest more heavily in the media agency it acquired in 2015. Essence took over work for clients including Target's Team Arrow, which previously sat under GroupM, and NBC Universal, which had been handled by holding company sibling Maxus. GroupM Global CEO Kelly Clark said the holding company was "doubling down on Essence as a growth engine for GroupM and WPP," and that Essence will be tasked with figuring out how to better measure traditional media using data and insights—a signal we're likely to be seeing lots more from the agency in 2018."

Take a look at the full list of 2018 honorees on AdAge.