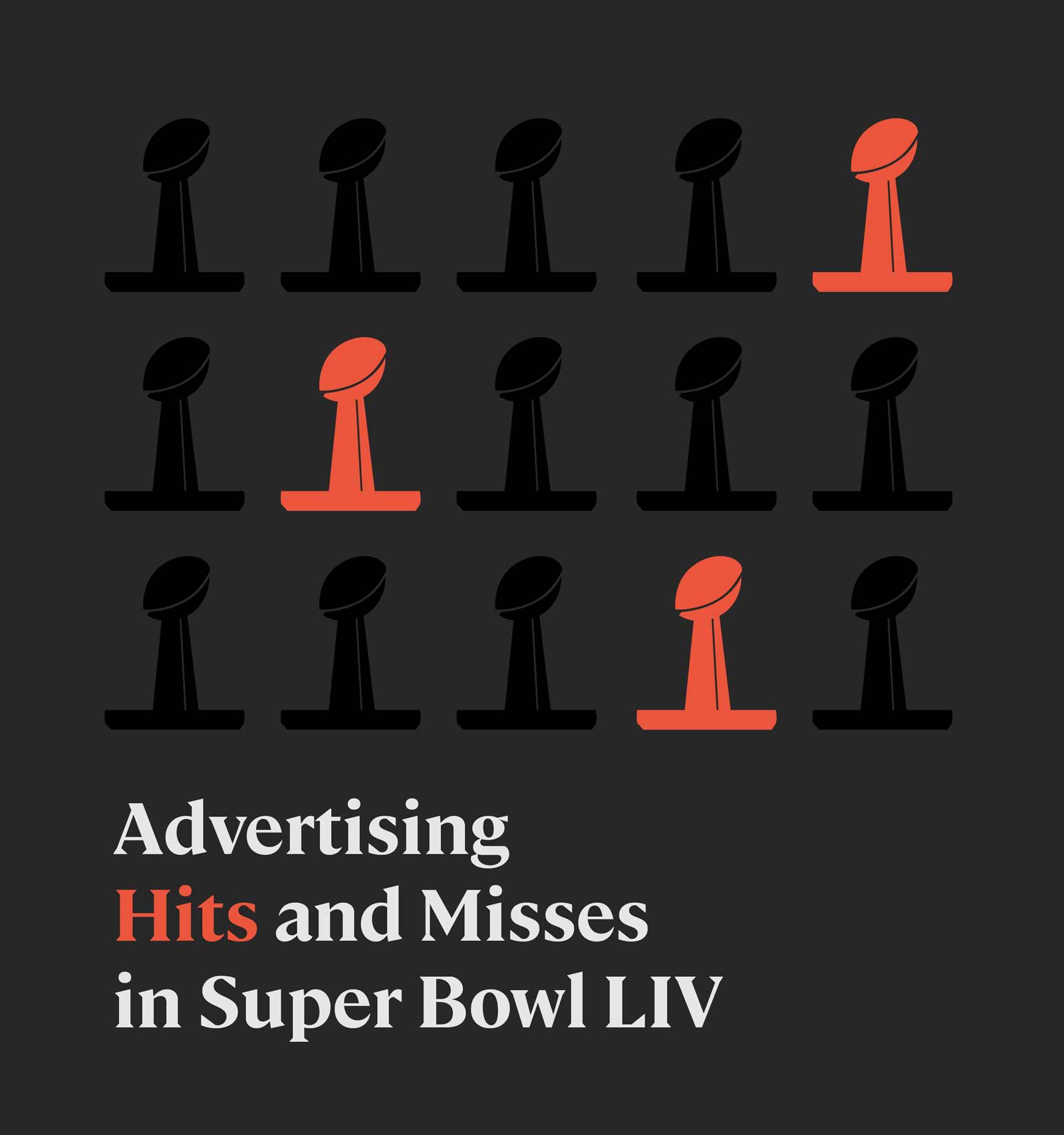 It's always advertising's biggest night: this year, the average cost of a 30-second Super Bowl commercial came to $5.6 million (per Ad Age). Were these ads worth it? Did they drive effectiveness for brands, create social buzz, and bring out all of the audience's feelings? We first asked Essentials to predict this year's Super Bowl champions and found that 60% of our colleagues were rooting for the San Francisco 49ers (better luck on that next year). We also asked Essentials to review this year's commercial spots, from Sabra to Google, T-Mobile to Hyundai, and to share their thoughts on what they enjoyed and what they could have done without.

“My favorite ad from this year's Super Bowl was the Google ad, where an older gentleman used Google Assistant to remember his wife Loretta, who had passed away. It had nothing to do with football, but it brought out so many emotions in such a quick amount of time: sentimental, happy, nostalgic. I also appreciated how well it highlighted features of the product that the average user wouldn't typically associate with their Google Assistant. We usually see brands using comedy, celebrity cameos, or patriotism in their commercials, so I saw this as an idea that was out of the box and powerful.” -Kyle Coffey, Associate Media Activation Manager

“Rocket Mortgage, a brand battling low awareness, was super-funny and unexpected, capitalizing on culture to create something buzzy in a category that's completely undifferentiated. I also found both the Alexa and Google ads to be compelling in that they will get people to think and talk about the future. As assistants become smarter and more useful, the conversation will evolve to include them more, and these spots accelerated that. I particularly loved the Google ad, although my own experience with teaching seniors to adopt tech has been mixed.” -Jason Harrison, North America CEO

“Ads that come to mind as hits during the Super Bowl game featured short stories, memorability, or approaches that were focused less on flash and more on substance. Sustainability and compassion came through in a few ads. Google's tear-jerker left no dry eye in the house, and Michelob's focus on organic farming was a highlight. Automotive brands Hyundai and Audi also shone through.” -Meghan Myszkowski, VP, Social Activation

“There was a lot of hype around Olay's Make Space for Women, which I was excited for. It had a great cast and a fantastic cause with some very visible stars. However, in actuality, the ad focused too heavily on the humor and played up some "dumb" female tropes (i.e., "what does this button do?"). It was a major disappointment.” -Meghan Myszkowski, VP, Social Activation

“Noticeably absent from all the spots to drop this week are supplemental content ideas that ladder up to a larger message and fill up the funnel for relationship building. The Super Bowl is the ultimate platform for driving awareness, but I'd like to see more brands investing in creating cross-channel campaigns that will solve business challenges that a :60 can't, as data shows that linear-only campaigns spike and disappear.” - Alex Maikowsky, Senior Director, Creative Strategy, NA

“If anything, this Super Bowl made me feel that "old" television is disappearing quicker than we think. The Tide stuff was amusing, but only because there were several ads strung together in a sequence (something you could ONLY do for the big game). That format doesn't work in normal linear broadcast, because you can't control the sequence to particular viewers. Any of those Tide ads on their own would be minimally effective. Still, I give P&G credit for the clever use of integrations in the storytelling and the use of the sequence to accomplish something buzzworthy.” -Jason Harrison, North America CEO