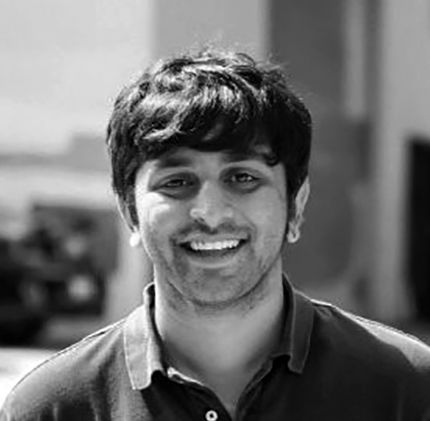 Today, the notion that our individual attention spans have contracted because of technology feels so obvious it's almost axiomatic. But there hasn't been a lot of empirical evidence to back this idea up; in fact, the commonly quoted statistic that the average attention span is down from 12 seconds in the year 2000 to eight seconds today was found to be misleading at best.

But while our individual attention spans may not have changed, an April 2019 paper in Nature Communications proposes that there have been significant changes in our collective attention spans over the last decade. This goes a long way towards explaining why we’re living in a golden age for long form content but few things feel popular for long enough to be truly culturally impactful. 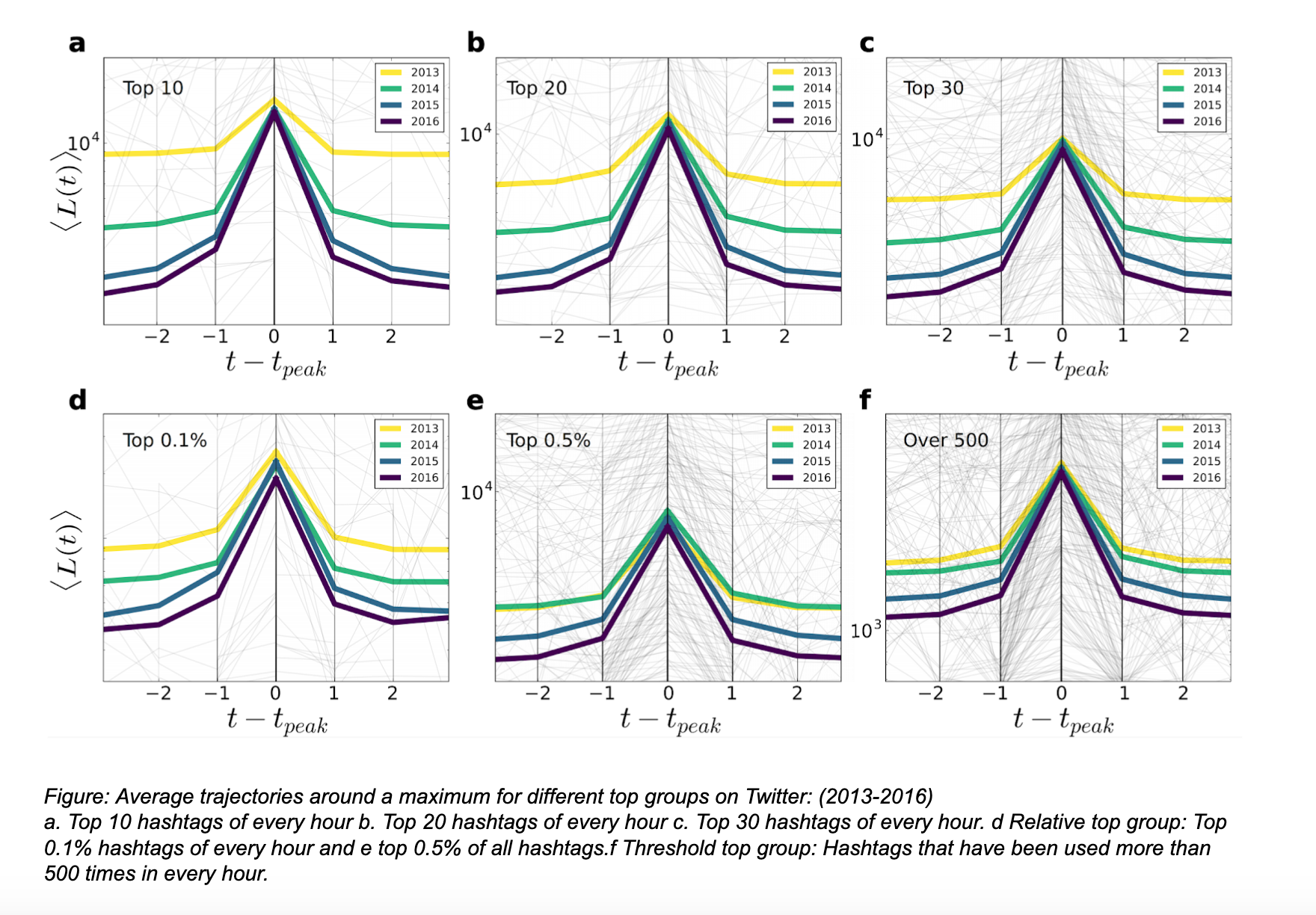 To prove this out, the researchers at ITU Denmark performed a longitudinal analysis on a number of datasets — twitter hashtags, google books, academic papers, Reddit, Google trends, and Wikipedia page views; and used the degree to which content popularity ebbs and flows over time as a proxy for the amount of collective attention a topic gets. They find that:

A key thing to remember is that datasets like this make it very difficult to parse out the effects of gradual improvements in algorithmic intervention - i.e. we tend to ignore that this speedup is accelerating because the algorithms powering recommendations on these platforms are continuously getting better. To quote a fascinating new paper from researchers at YouTube describing improvements to their recommendation algorithms: "The interactions between users and the current system create selection biases in the feedback. For example, a user may have clicked an item because it was selected by the current system, even though it was not the most useful one of the entire corpus". These biases can lead algorithms to promote channels or accounts that post more frequently, adding to the impetus to create more and more new content.

As marketers, one of the most important things to take away from this research is a warning against trend chasing. When taken to its logical extreme, the shortening of trend life cycles and reduction in our collective attention spans implies that the ROI produced by chasing short term trends will continue to diminish, especially on platforms with heavy algorithmic intervention. Even initial gains produced by using prediction systems to get ahead of trends are likely to be limited to short term advantages, eliminated once competitors employ similar tactics. Maintaining a unique brand voice over the long run, however, will continue to pay dividends.

One flavorful case in point is detailed in the graphs below: engagement on Denny’s legitimately funny Twitter feed vs Oreo’s years after their breakout “dunk in the dark” moment. 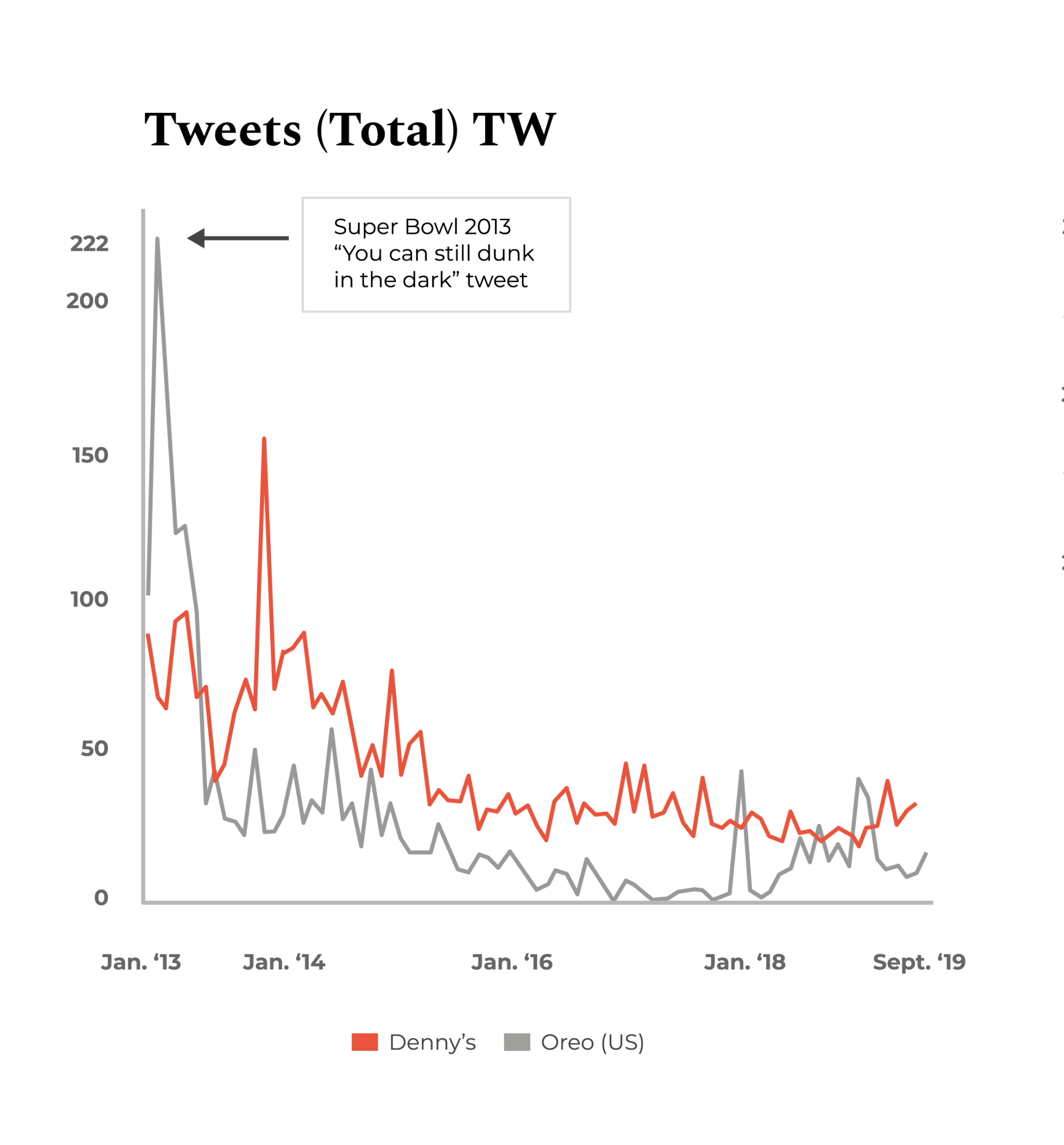 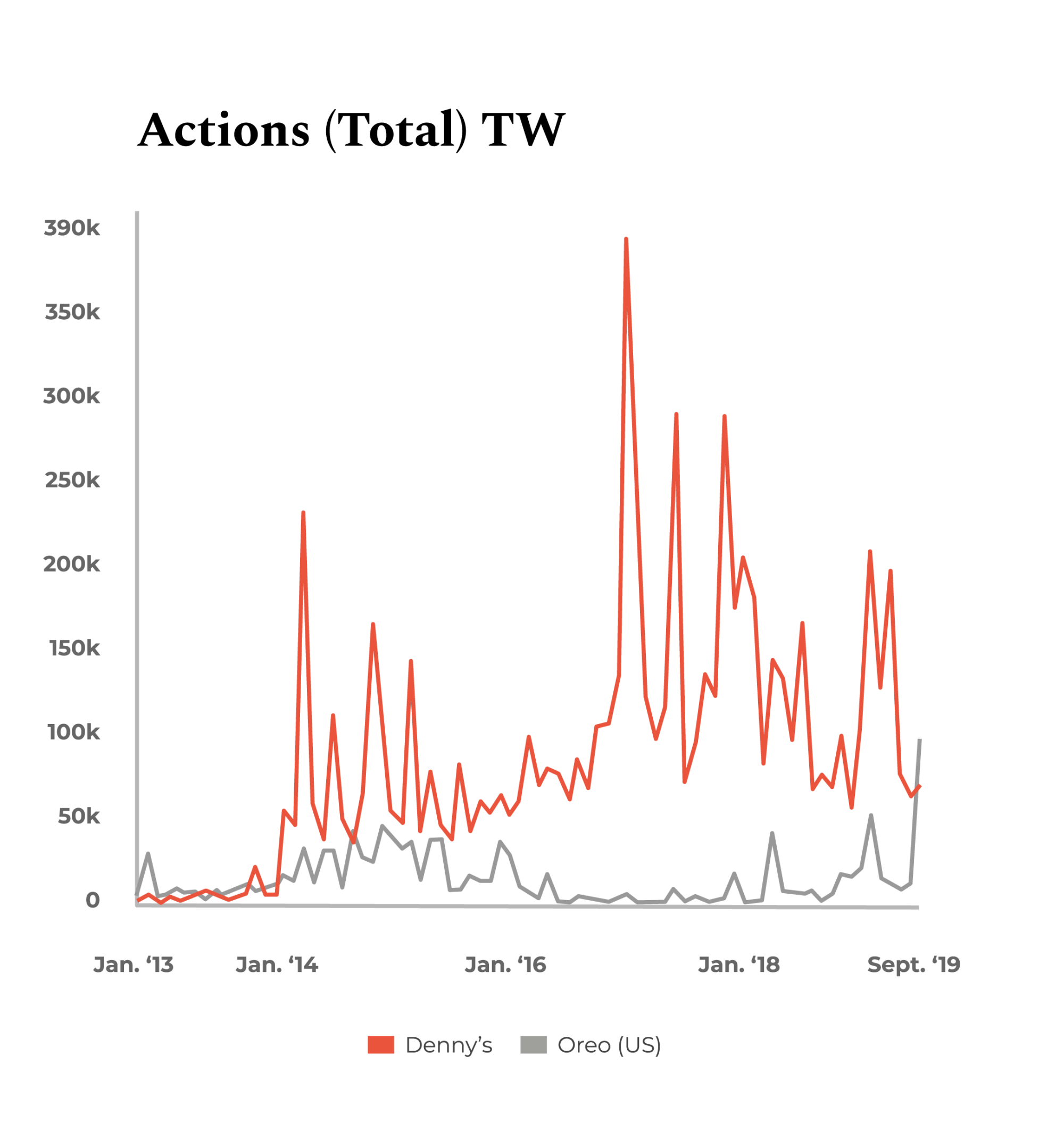 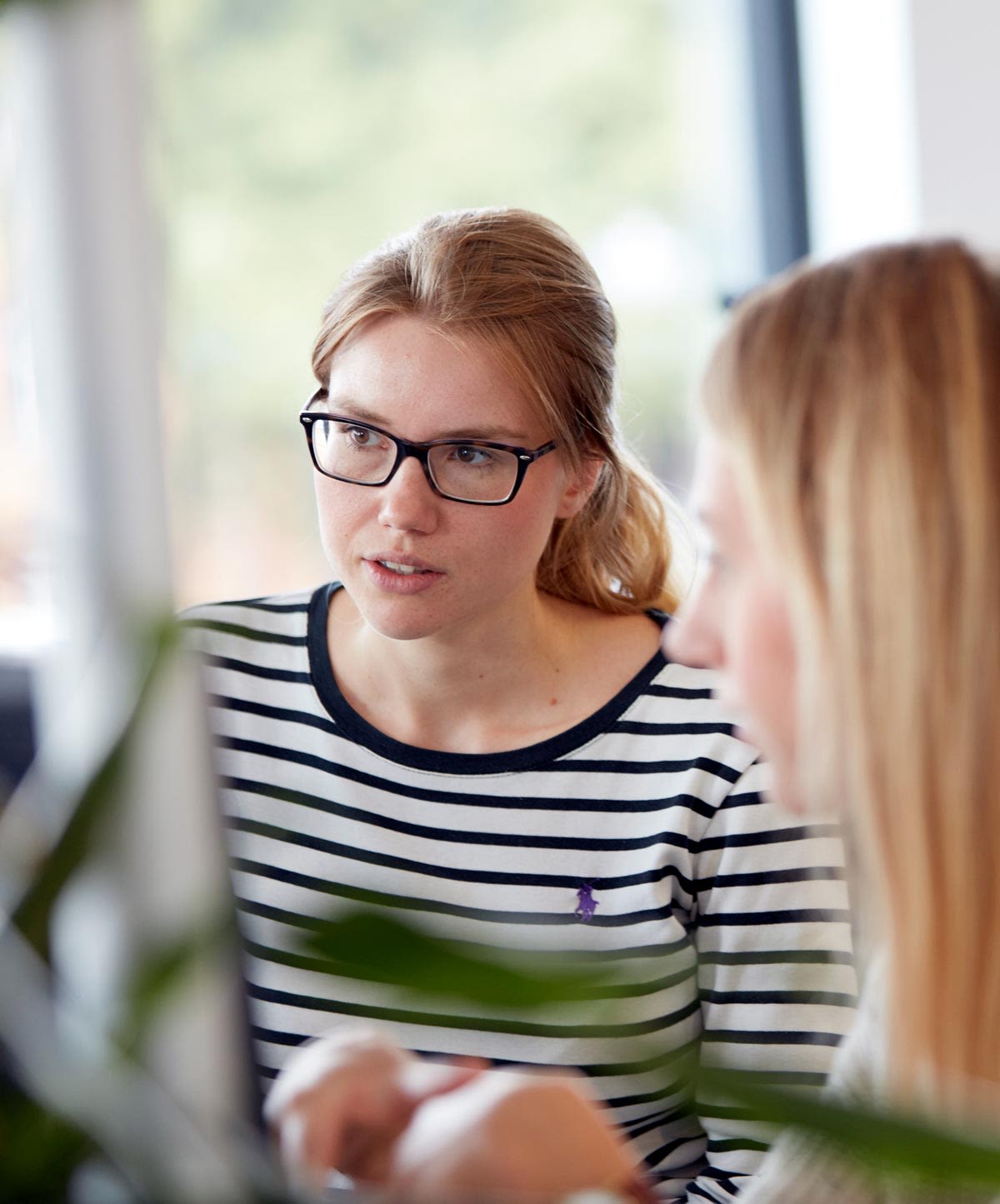