Move on from 'digital' channels: We need a new perspective 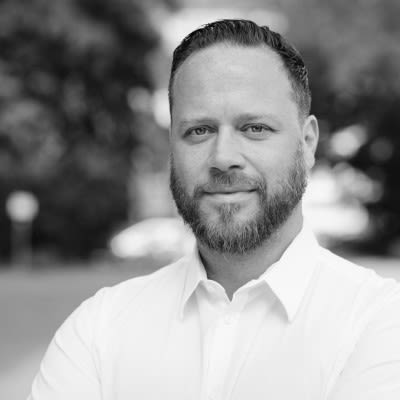 I would like to start by making one thing clear:  I was not born yesterday, nor do I have any overall reservations about digitally delivered advertising, and certainly have no interest in getting into the much discussed ‘battle of the genres’. Instead, I would like to suggest that we finally stop throwing around terms like ‘classic’ and ‘digital’, or talking about ‘traditional media’, ‘new media’, or ‘online advertising’, as I believe they are not helpful in assessing our industry’s evolving future.

The actual distinction we should make when we talk about traditional and digital media is not whether the channel is analog or digital, but whether the advertising medium can be used interactively (via a device) or non-interactively (such as a newspaper). Interactive formats allow us to measure and evaluate interaction. We can do this in a variety of ways, from the rather outdated click through rate (CTR) to the increasingly used return on ad spend (ROAS), which is highly useful in determining the success of performance marketing.

What we’re unable to evaluate, however, even in a thoroughly digitized and interactive channel, is non-interaction. But more and more, we see media consumers’ default mode as being non-interactive—hardly anyone wants to see advertising, let alone interact with it—yet it does have an effect. Let's ignore influencing factors to ad effectiveness such as device, usage situation, creative, and receptivity for a moment and ask ourselves the following question: How does the effectiveness of advertising that I don't want to interact with differ from advertising that I don't want to interact with and can't interact with?

Exactly, not at all.

It’s a fallacy that digitization makes everything measurable—a point which should not be underestimated and often leads to confirmation bias. Data that is available carries 100% weight. Data that is not available at all or is not taken into consideration due to a lack of obvious causality, is not included in analysis at all, even though it makes up a significantly larger share. In addition, data quality can vary greatly. The quality and accuracy of third-party data is usually hugely overestimated, which is why it is no longer used at all in our agency. The higher quality first and second-party data is very finite and despite it being of better quality, does not get credit for being of any more value because only the parts that are measurable are included in evaluation. As a result, many campaigns over the past few years have relied on easily convertible in-market audiences or look-a-like modelling, quickly leading to distorted results.

I’m hopeful that the impending end of cookies will force the industry to think differently - after all, exciting initiatives such as Kantar's large scale advertising effectiveness ‘Moonshot Project’ may not have come into being if we had simply been able to carry on as before.

Never before has our industry had a larger toolbox for successful communication at its disposal, but it has not always been used to its full potential. Instead of enriching insights from many decades of advertising with digital technologies, advertising is reduced to the optimization of interactions which largely leaves out understanding of advertising impact. We often talk about branding when the buying model is CPM-based, then compare it to performance-based measures and come to the conclusion that the placement does not work. In this way, digital branding is stopped in its tracks before it can take shape.

Over the past few years, brands such as Adidas and P&G have caused a stir by saying there is too much performance marketing and too much targeting that takes place in marketing. However, their comments are often used as an argument for the populist battle of classic vs. digital, whereas they are more a confirmation of the very current research of Peter Field and Les Binet than digital advertising’s efficacy.

Conventional marketing factors such as how a device is used, environment, creative, and advertising impact will experience a renaissance in digital marketing in the near future when we shift from focusing on interaction. This adjustment will become urgently necessary, particularly with the imminent end to the cookie era. After all, the equation described at the beginning, digital = interactive, classic = non-interactive, no longer works at all.  Digital channels will no longer be the same as interactive channels.

Radio is digitizing rapidly, almost unnoticed. In 2019, 37% of Germans already said they consume live radio via digital reception channels.  Audio streaming services are already taking on an important role in classic radio campaigns—podcasts and of course the massively hyped social audio app Clubhouse are garnering massive interest, and we are only at the beginning of an exciting digital audio development.

Is that why good old radio will be marketed via cost per order( CpO) models in the future? Presumably not.

Digital out-of-home already accounts for a solid third of outdoor advertising in Germany. But would we consider it to be an interactive channel? Have you seen people frantically squeezing on a digital city light poster to access a company website and sign up for a newsletter? Interaction is non-existent.

Radio and OOH have long since become digitally and programmatically bookable, but apart from a few special exceptions, that doesn't make them interactive. And that's why it's high time to say goodbye to the terms ‘classic’ and ‘digital, because they lead nowhere.

Perhaps this can be illustrated even more clearly with TV. Here too, digitization is still in its infancy. In future, not only will the trend-setting distribution battles for large media budgets be fought out on the big screen, but also for the appropriate evaluation of campaigns. The medium is close to my heart, so allow me a personal case study...

I'm very interested in philosophy and YouTube is an almost inexhaustible source of recorded discussions, interviews and documentaries on this topic, which I like to watch at home with a glass of wine - on TV, of course, because that gives me the best user experience. Whether it's traditional TV or digital video consumption doesn't matter at all, as one thing is quite clear: there is no interaction with advertising here, apart from the use of the TrueView skip function. I would have no problem at all with a well-made 20" in this situation. The advertising effect would even be pretty good, because at best only two spots compete for my attention in this environment, rather than the 20 in a typical TV commercial break. In the vast majority of cases, however, TrueViews are used regardless of the device. There is an opportunity here to capture moments of relaxed viewers tuned into a TV environment to include impactful non-skippable spots more akin to what consumers expect on the large screen.

With TV, digitization has only just begun. Streaming, BVOD and all other types of curated video long formats are finding their way into the living room at great speed and can also be programmatically bought. All-encompassing digitization therefore requires an urgent reordering of our digital understanding, as well as advanced skills in areas such as data strategy and analytics. Whether it’s OOH, radio, TV, smartphone, or desktop, we will not be able to take advantage of the many opportunities in formerly analog media with prevailing interaction-based KPIs, nor with our fixation on maximizing purchasing efficiency.

We must seize the opportunity to reunite the parallel worlds we have created, because the evolution I described goes both ways. When I read a magazine or newspaper on a tablet, or—if I have to—watch a soccer match on my laptop, I am withdrawing from interaction, in a sense analogizing what is actually an interactive carrier medium.

So, the pointless distinction between classic and digital needs to end. The demand of some in the industry that analog media must finally open up to digital KPIs and purchasing models is boomeranging. Mark Ritson recently wrote an apt article with good cross-references on the subject of "bothism". That's exactly what we're talking about here, too. We need to turn what it means to be digital around to focus more on advertising effectiveness, especially in our minds. But in doing so, we must not write off performance marketing's raison d'être. Or as Peter Field would put it: it's about the long and the short of it.