Intersectionality as a framework for inclusive media planning 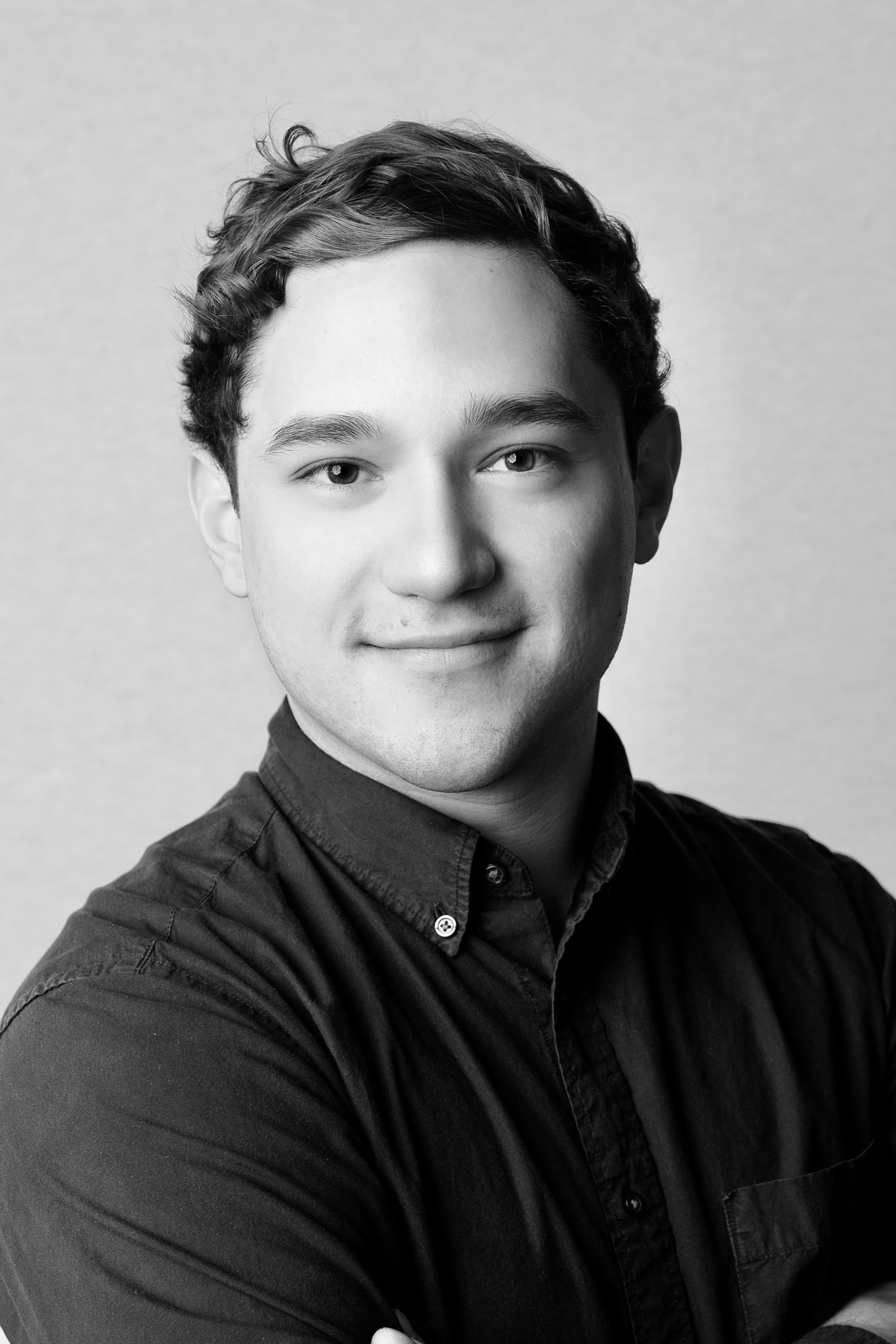 Intersectionality states that individuals have a complex mix of identities, inclusive of race, gender, sexuality, disability, language, religion, and other social categories, which shape their lived experiences. The concept has historically been applied to social sciences, but also provides a critical lens for marketers to understand their role in a multicultural world, and a framework to navigate the complexity and nuance of today’s society. An intersectional approach to media allows for robust narratives, prevents bias in tools and platforms, and results in accountability across teams.

The term, 'intersectionality,' has experienced a recent surge in popularity, but was originally coined by Kimberlé Crenshaw, a Black American scholar and civil rights advocate, in the 1990s. The values of intersectionality date even further back with Sojourner Truth’s 'Ain’t I a woman?' speech serving as an early example. What is now recognized as one of the most famous abolitionist and women’s rights speeches in American history explores the combined effect of racial and gender oppression. 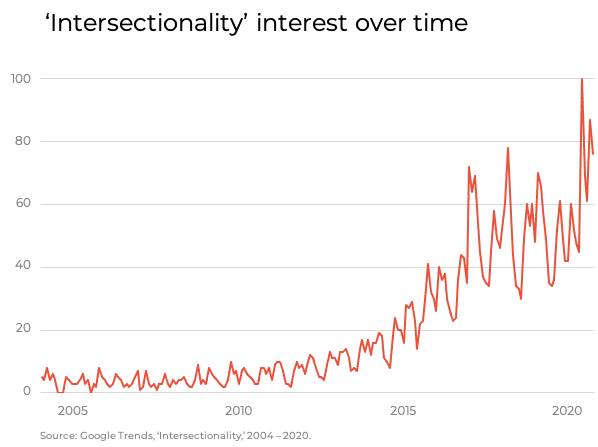 Counterintuitively, multicultural campaigns can do as much harm as good. Oversimplification and one-dimensional stories lead to caricatures and tropes, perpetuating stereotypes and alienating intended audiences. 'The problem with stereotypes is not that they are untrue, but that they are incomplete,' says Chimamanda Ngozi Adichie, a Nigerian feminist author. 'They make one story become the only story.' Consumers choose brands that authentically reflect their own identities and are aligned with their values. This creates both an opportunity and a responsibility.

Marketers must understand how race and other identity markers intersect to shape the multidimensional experiences of their audiences in order to engage thoughtfully. Partnering with agencies and minority-owned publishers can help brands tap into comprehensive insights reflective of the diversity and interconnected nature of multicultural communities. In order to make brands more valuable to the world, intersectional strategies must align brand priorities with relevant causes to drive tangible impact.

Two brands that have contributed to intersectional and inclusive portrayals in media are Google and Fenty. The recent Black Trans Lives Matter film by Google shows that queries like 'transphobia,' 'trans homeless,' and 'black trans people killed' are at an all-time high. Through its usage of found footage and user-generated content, the film portrays the Black trans community in an honest way, lends its platform to notable figures like Raquel Willis, and addresses the epidemic of violence against Black trans women. It is important to note these efforts are part of larger initiatives with nonprofits such as The Marsha P. Johnson Institute.

Rihanna’s Savage x Fenty Vol. 2 fashion show showcased a variety of gender, skin color, hair texture and body sizes on the runway and performances spanned genres and languages. The show is a masterclass in branded content blending fashion, entertainment, and culture and featuring a diverse cast including Travis Scott, Rosalía, Lizzo, Bad Bunny, Demi Moore, Shea Couleé and many more. However, usage of a song that uses a Hadith resulted in backlash from the Muslim community. Rihanna swiftly issued an apology and addressed the 'honest, yet careless mistake' head on and committed to ensuring 'nothing like this ever happens again.' No brand will always get it right, but transparency and accountability go a long way.

Applying the same critical lens to ad tech allows marketers to identify areas of bias. Changes in social discourse require us to evolve how we think about brand safety and ad blocking. Inclusion and exclusion keyword lists can severely impact where impressions deliver and in turn force BIPOC and LGBTQ+ publishers to choose between 'brand safe' content or risking financial hardship. 'You can’t block race, you can’t block the word ‘police.’ This is the nature of being Black in this country,' said Morgan DeBraun, CEO and founder of Blavity, during a recent Essence-led panel on intersectional media.

Similarly, syndicated research and artificial intelligence can be rife with unintended bias and have a real-world impact. Measurement panels often under represent non-white, non-cisgender communities and machine learning tools work off data susceptible to human bias. Left unchecked, these factors can result in confirmation bias, reduced multicultural investment, and demonetization and censorship of diverse voices and topics. 'It’s a balance, and we have to be willing to say no and stand up for our audience, but it’s certainly not easy in times like these,' said DeBraun. Developing a tailored brand safety approach for endemic media and holding measurement partners accountable for diverse recruitment is an important first step.

Lindsay Peoples-Wagner and Whembley Sewell, the editors in chief of Teen Vogue and them also joined us on the panel. Peoples-Wagner has done away with exclusivity at Teen Vogue from the start. 'I think a lot about why I was able to get into certain doors and how access is its own form of activism. Inclusivity is not only getting people’s foot in the door but also ensuring their success,' said Peoples-Wagner. 'You have to take people to task and be anti-racist. In order for things to change we have to expect more, there has to be systematic change.'

'When trying to figure out what life would look like for someone like me or what I needed to know about myself, there was just nothing,' said Sewell who has championed a new standard for inclusiveness within queer media, which has historically over-represented white cisgender narratives in spite of the significant contributions of trans and non-binary people of color to the LGBTQ+ movement. 'You have to trust people to tell their stories even if you think it’s a little bit too risky.'

I remember the first time I heard the idea of bringing your whole self to work early on in my career. The notion seemed both revolutionary and entirely out of reach for me as a gay Latino man. The intersection of stressors related to being an immigrant, an ethnic and sexual minority resulted in compounding adverse outcomes including feeling the need to cover at work and inability to speak up. An erasure of self in the name of self preservation. While my personal experience is unique, it is similar to the way that many BIPOC and LGBTQ+ individuals navigate their personal and professional lives.

Consumers can detect performative allyship and hypocrisy especially when brands only engage with audiences during relevant cultural tent poles, such as Pride or Hispanic Heritage Month. Diversity, equity, and inclusion is a necessity not just in messaging, but also the data sets and tools used, and across the teams influencing or making decisions. It's helpful to set ground rules and draw the line between progress and profit when determining what role a brand should play. To keep ourselves accountable we should continuously ask: 'What voices does our messaging and platform celebrate or exclude?' and 'How do our media investments contribute to a more equitable landscape inclusive of minority-owned and endemic publishers?'